Today we share the short unedited, tough reflection of a woman who spent time visiting a young relative in HMYOI Polmont, fairly recently, and her experience of both visiting and engaging with the institution.

“As you walk towards the entrance of Polmont Young Offenders Institution near Falkirk, you cannot fail to miss the words in what appears to be 10 foot high letters emblazoned across the building, spelling out what I assume to be their mission statement: ‘Unlocking Potential, Transforming Lives’.

Nothing of what I encountered in the seven months that I regularly visited that place to see a young relative, came anywhere close to matching that aspiration.

This is not a place for reform, for taking young people who are on the wrong path and sending them back out capable to thrive in the world and thereby avoid any further contact with the criminal justice system. In particular, this place is neither led nor staffed by people who have really any interest in the wellbeing of the young people whose welfare they are charged with, many of whom have been failed by family, by schools, by social workers and by every part of the society that they ended up offending against. This attitude extends to those who make the journey to visit the young people.

My experience, which I have no reason to believe differed much from the other visitors to that institution, appeared to simply mirror the attitude to the young people themselves. It ranged from the reasonably polite, albeit uninterested, manner of some staff for whom that is their normal demeanour to the outright contempt which I imagine is the daily experience of the inmates. It is not that they go out of their way to be difficult (although some did) it is more that they don’t think that you deserve to be treated as citizens; that you should be happy to put up with incompetence, laziness, inadequate communication and the lack of anything really that would make your visit less stressful and horrible that it innately is.

My first complaint, of several formal complaints that I made during that time, related to the fact that the institution appears to operate on the basis that anyone visiting and anyone incarcerated will know, by default, how things work – presumably because they assume that we all come from families and communities were imprisonment is the norm. They fail to provide in an appropriate form information about almost every aspect of visiting, of sending in items of clothing or money in a form which is clear and unequivocal. So when bringing in picture frames I was given some information about what was allowed (ie no glass) which I complied with, only to be told on arrival that the non-glass frames I had brought were ‘too heavy’; similarly the nature of a dressing gown was deemed inappropriate because it has a hood (nobody told me they could not have a hood and most men’s dressing gowns have hoods).

This then entails me having to bring them home, take them back to the shop and change them, bring them back on the next available time when he was allowed in the items – during which time he was unable to have the things that I wanted him to have. These are, of course, minor inconveniences but when they are repeated endlessly and when no effort is made to update or revise the information supplied to visitors you begin to understand that this is how they believe you should be treated. 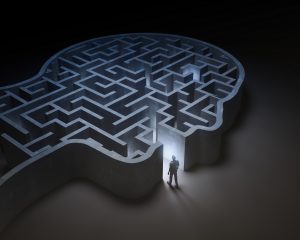 I was once told that I would not be allowed into a visit because I did not want to engage in conversation with a prison officer and asked him to stop speaking to me – I was told he didn’t like my attitude. Thankfully a more senior officer dealt with the matter on that occasion but much worse behaviour was exhibited by a different officer on another occasion which was then covered up by two other officers who lied on her behalf. I was told they could not uphold my complaint despite the fact that two other relatives of mine who witnessed this behaviour were not asked for their evidence.

They literally did not care that a prison officer had stood in reception shouting like a fishwife at a visitor. The fact is she could do it because nobody cared if she did.

My young relative also told me endless stories of prison officers who repeatedly refused until the 3rd or 4th time of asking, to provide information or any of the forms which prisoners need for everything because they preferred to sit on their ample backsides rather than do their jobs. There were innumerable examples of misinformation, changes in procedures and general laxity in everything that they did. Their procedures and processes were completely inadequate for an institution which has the lives, freedom and daily existence of young people under their complete control.

In terms of the provision of education, weeks and months passed before anything substantive was offered. My young relative chose a modern history class but chucked it early on because he was expected to cut things out of magazines and stick them on pages like a primary school child when he was, by then, a 20 year old man. He tried to access other courses more to pass his time but they were always cancelled or inadequate in content.

A mark of the shambolic nature of the institution is that on the day he was released, he was handed certificates for courses he did not even take.

Unlocking potential and transforming lives might be a laudable aspiration but on the basis of my experience, a more appropriate motto would be ‘You (and your visitors) are beneath me so please don’t annoy me or expect me to behave like a professional’ – not quite as catchy but at least has the merit of being honest.”

Hidden Voices provides a platform for all of those who have experienced the prison and justice systems in Scotland to share their experiences to afford all of us the opportunity to reflect and learn.

Thank you for taking the time to read todays short account.