For those that do not already know, First Time Inside was born out of one persons experience of the Scottish Justice system. In today’s blog diary excerpt a first time offender, whilst resident in a Scottish prison, reflects on elements of a prison experience that could be categorised as both intimidating and bullying in nature.

The individual journey from solicitor to court, from court to community justice social worker and on to prison itself inspired a passionate desire to influence change. The justice continuum represents an intimidating process from start to finish and whilst there appears to be a river of support flowing towards a more compassionate culture, in certain quarters, we are a long way from the mouth of the same river.

First Time Inside and the soon to be introduced Prison Pack concept are all about proposing light and selling hope. Indeed our wider concept of Prehabilitation is entirely about generating a discussion which results in actions that genuinely offer hope and shine a light on a potential future for those who are currently lost in the justice maze. We have been fortunate enough to meet a number of people all of whom are committed to positive change and next month we will try to maximise the opportunity presented to us to meet with the Scottish Government Prison Policy team and their colleagues from the Scottish Prison Service.

As with many great visionaries Mr King recognised that the power to effect change lay within every single individual and he challenged everyone to make change happen.

Scotland is blessed with a rich history of invention and creativity, today it is blessed with a number of passionate, intelligent, action takers all driven by an agenda of compassion and First Time Inside hope to contribute to that agenda by introducing services which make compassion part of the process. It’s intolerable to think that 21st Century Scotland would be happy to look in the mirror and see a reflection of a society who have lost permanent sight of the sense of community. When was it decided, for example, that one person was more valuable than another and who made that decision?

Scotland also has its’ fill of self promoters and those like to talk the talk. In the Scotland of the future we need to usurp those attention seekers and drive a change facilitated by those who can walk the walk. In Scotland of the future diary excerpts like that below hopefully may not be quite as frequently written.

Todays reflective diary excerpt is a look back on some of the behaviours the author thinks of as bullying ;

“Throughout my entire life I have despised bullies and all that they stand for.

Witnessing the playground bully preying on those weaker individuals always sparked an anger in me, at that time I could never understand the motivation for behaving that way.

When I entered this place I was nervous, afraid and intimidated by the environment and bewildered by my preconception of prison life born out of nothing more than an active imagination and a media inspired picture. One of the many random thoughts I entertained was that I would encounter bullies during my relatively short time here and I have but not entirely in the way I anticipated.

Many years ago I had the misfortune to encounter an employer who was a text book definition of a bully. His idea of motivation was to shout, intimidate and swear at people. The first time he behaved like that towards me I decided to look for another job yet I was always amazed by the number of people who tolerated his behaviour. It was their acceptance of his behaviour, their fear of losing their well paid job, that allowed him to continue on in the belief he wasn’t crossing any lines or just that he could get away with it despite the clear impact he had on people, he enjoyed wielding his power like his very own sword of Damocles. At the time I thought he was no more than an affluent, narcissistic prick used to getting his own way by force of character and on reflection I can offer no more appropriate or considered description.  This idiot, from yester year, sprang to mind today when I was thinking of the bullying I had witnessed in this hellish place because his behavioural traits were something I thought would be reflected in some ways here.

That angry, sometimes powerful character who tries to wield influence or fear through intimidation does exist here amongst the prison population but in a male population it’s no real surprise that a testosterone led charge to power exists from time to time. What I didn’t expect was the dismissive, humiliating bullying of sorts from those genuinely in power, from those entrusted with a duty of care.

I had thought there would be some tough prison staff who liked to express themselves in the classic, macho style and of course they do exist but in truth they are easy to deal with because a smile attached to a good morning or a simple please or thank you is often enough to send them briefly into a muted irretrievable tail spin, the type you’d need Pete Mitchell or Iceman to get out of. They seek confrontation on a very basic level and that is easily avoided I find. It is those who quite openly, yet quietly, demonstrate a complete disdain for you that get under my skin and test my resolve to steer clear of confrontational discussion. Those who make it perfectly clear that they have no respect for anyone on this side of the fence as it where. In reality those who are in the wrong job and those who give all the staff who are supportive or professional a bad name by association at times.  They wield their very own sword of Damocles because confronting them would see them joyously put you on report with all the repercussions that can come with that – from delayed release to isolation and segregation. In my mind I find their behaviour sinister.

Whilst I never understood the school bully I do wonder at times what life is like outside of this place for those who have a need to wield power in this way.

For example, having a tea pack consisting of tea, coffee and milk dropped to the well trodden floor of the wing and then kicked into my cell – as a delivery method – by a member of staff left me angry and humiliated in equal measure. The look that followed the half volley said, any problem with that?, was absolutely infantile. When I mentioned it to fellow inmates they said that’s just the persons style trying to get a rise out of you and when I mentioned it to more reasonable staff members they just laughed it off as being in character for this person and I’m best just staying out of their road. For me this is an act of bullying in a very controlled, dark way. It is also a clear sign that respect doesn’t exist and that there is a perceived pecking order in the mind of the would be, but obviously failed, football star.

I read an article somewhere recently about the introduction of body cameras and remember civil liberties groups saying they were against them. In here, living in this environment, I’d suggest they could contribute to a much healthier, safer environment assuming the images are automatically uploaded to a safe storage facility, they have an audio capacity and disconnecting them was made a serious disciplinary offence.

The culture does sadly cater for bullies who view inmates as second class citizens, it affords them the opportunity to prey on the vulnerability of those who have no power to respond. All in the knowledge that were someone to respond it would be one persons word against another and then there is only one winner.

Whatever value you place on your life outside of this place you need to get your head around the fact that your value in here is greatly diminished. If something happens to you in here it will be seen through the lens of happening to a criminal which merits hardly a raised eyebrow in many places as opposed to happening to another human being. I’d venture that society as a whole needs to have a rethink and consider what they can contribute to a change in mentality. Sadly for many that will never happen whilst the view of prisons is simply as houses for punishment.

Perhaps the most abhorrent example of what I call sinister bullying  which I have I witnessed, in part, took place fairly recently. A guard had a fallout with an inmate, words were exchanged and the guard took real offence at the language directed towards them. Such was their anger that they apparently disclosed to inmates the crimes for which the person they had exchanged words with were in prison for which resulted within minutes in a beating for the same person. This is wrong on so many levels but to me is bullying by proxy. In my head I find the behaviour morally reprehensible and if not technically criminal, worthy of immediate dismissal from a position of power. There is no justification for that type of retribution although my fellow inmates felt it was justified given the crimes alleged and in that mentality the bully finds protection. Is it just me or is that ten types of screwed up?

When you are genuinely injured and can’t walk but told that there will be no medical attention until the next morning and that you could ask your fellow detainees for “painkillers” that’s cultural bullying. When the next morning you again highlight your inability to walk but are told you’ll need to walk to work placement, request a medical appointment and if granted walk to the medical department is institutional bullying. Failing to do that will see you put on report and there lies the great motivation. When you’ve been assessed prescribed painkillers and anti-inflammatories yet told to walk back to your wing that’s…well that’s just reminding you of your station in life.

There are some fantastic staff in here, people who engage in a professional even compassionate way at times but those with an alternative attitude as described need to find new jobs or at the very least be re-educated.

Bullying is a sickness and needs to be treated. Why these people find it acceptable within themselves to dominate or subjugate those in a position of vulnerability is beyond me. Maybe in the future I’ll be able to address this but for now it’s clearly in my best interests to keep my head down, my mouth shut and my nose clean. I knew that advice would come in handy eventually.

Writing about this, even in the confines of this private diary, is wholly depressing and made even more so by the knowledge that everyone just accepts that it is just the way it is. Time for some music Mr Brightside – you’re really no Alexa are you – and make it an upbeat number.”

Thank you again for taking the time to read our blog here at www.firsttimeinside.co.uk please feel free to comment through the usual channels, have a great day. 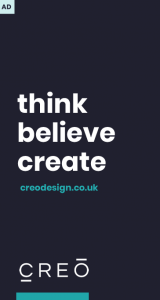