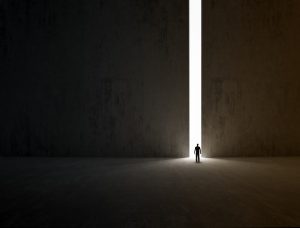 Todays diary excerpt shows the rollercoaster of emotions someone can experience in a single day in prison or as the author would tell us rather cheekily HMP Happy Days.

The author also suggested todays headline just in case anyone felt it a little naughty.

This is our second blog post this week and we have chosen to release it alongside our latest storyboard which opens the door to Blog sponsorship.

More on Blog sponsorship to follow soon but anyone immediately attracted to the possibility to having their organisation gaining a fresh, significant level of exposure, whether that be attached to the blog posts themselves or on the main website section itself, can register initial interest without commitment via our Contact Form at FirstTimeInside.co.uk

For example, that photo on the right could be replaced by a logo/sponsors message/link to website etc….enough for now.

We have also chosen to release this brief bonus blog post at 7am in the morning to give those commuting, by bus and train, to work a few minutes of reading material to break up their journey to the office.

Waking up to a new day brings an element of the unknown for most of us and today’s diary excerpt demonstrates it may be a little different when incarcerated or maybe not.

“I looked in the tiny shaving mirror, fixed to the wall, above the birdbath of a sink we have here and saw real pain again today. I’ve no idea how other people can’t see it (although maybe they do and they just don’t comment) or how I manage to hide that from everyone around me, I always think it must be so obvious because the pain, fatigue and anguish are so all consuming.

I always think of the beautiful swan gliding seemingly effortlessly across the water and unseen below the surface their legs are working tirelessly to maintain that elegant form. Maybe the fatigue comes from so many parts of me working relentlessly to portray an image of someone existing somewhere between calmness and confidence. I wonder what that pen or cob sees when they look in the mirrored surface of their lake? Pen or Cob – not sure that’s right but without Google who is going to check?

I was speaking to two of the guards this morning, these two strike me as good guys in a tough job, about football and forecasting winners of games etc and I am always self-conscious because when I talk to them I always feel they can see below the surface or maybe it’s just that I want someone to see or understand what’s really happening inside of me. That’s a strange thought when you write it down. I know they can sense my unhappiness but what’s to be happy about in here but the real depths of despair are so deeply hidden now they must be invisible to everyone but me although I could be kidding myself on there. Jeez, I remember the series Soap on TV and I’m starting to sound like the end of an episode of that programme…confused you won’t be after the next episode of Soap or something like that.

This afternoon I was asked if I’d be interested in being a peer tutor in the education department of HMP Happy Days but I a little reluctantly decided against it. It would have been a positive activity and would have created opportunities for something approaching real conversation with staff in that department but it just didn’t feel right because every time you are there you see items more brazenly than mysteriously take flight and I just didn’t want to have the responsibility of ensuring that didn’t happen when teachers were out the room etc. I also didn’t want to stand out in anyway or have something that would in some way become useful to other people. Not a stiffy couriers’ role for me thank you. I actually explained my reasons and they were understood which was good but sad at the same time.

This evening I walked around the yard in circles for almost two hours. The sun was shining and I tried to imagine what the world is like tonight on the other side of that wall. As I listened to chatter around me I realised how insular life really is here. That said it was almost surreal to hear guys go from talking about drugs and angst to passionately discussing their favourites on Love island. Sometimes it truly does seem like a parallel universe. I dreamt of a BBQ in the garden, a cold beer and a chargrilled burger with a toasted bun – that’s almost self-harming. There is a sense of real gallows humour here and some of the stories you hear are truly hysterically funny in a dark way.

In many ways it’s like primary school with adults in here.

A small game of football broke out with a tennis ball and lasted all of five minutes before a flip flop wearing striker blootered the ball and almost his flip flop over the yard fence causing the “ref” to draw the match to a close. The release of that small game and the obvious enjoyment the guys got from it seemed to lift the mood a little for a while.

Walking back into the wing after being outside, even just from the prison yard, is instantly sobering. The unique smell of the place, the debilitating feeling of being penned in like a sub species and the realisation – every time you walk on to the wing – of exactly where you are as if it is, for a split second, the first time all over again. The only comparison I can draw to that feeling is it is not dissimilar to when you have suffered a family or friend bereavement and you waken in the morning and for a split second everything is fine and then the steamroller of emotion floods in without brakes to darken your day.

I phoned home before being locked up for the night and spoke to everyone which is the highlight of any day although the fight to maintain positivity on some days, like today, is brutal at both ends of the phone. Believe it or not they had a small BBQ tonight – karma or what – apparently the sausages were according to my youngest “absolutely banging”. All of which led me to go to the ATM and add a packet of BBQ Pringles to my canteen order for the weekend. Well when you get served lemons make lemonade right?

It’s Thursday tomorrow and another week is drawing closer to an end. On a positive note I’m approximately eight Weetabix boxes from getting out of here. I don’t think I’ll bother looking in the mirror again before bedtime tonight, I really could do with a nights sleep…instead I’ll head off to my treehouse and do some home improvements (private escape thing).

Just to top my day off I think I might have the added joy of wakening up with sunburn in the morning but ach well look on the bright side England just lost a big game of football, maybe there is a God after all.”

As always thank you to everyone who reads this post and also a special thanks to those who feel moved to share the post on social media or offline as I understand some are now doing.

We appreciate everyone’s attention and look forward to speaking to you all again soon @firsttimeinside out. 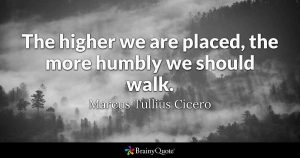