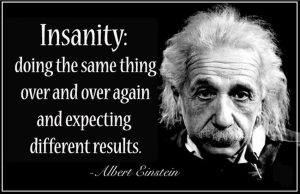 Or do we just not care?

My story, in terms of this element of First Time Inside, began when listening to a Sheriff tell me (without looking at me) that I would be returning to court a month later for sentencing. She also added, although she directed it towards my solicitor, that he should be realistic in discussions with his client about potential outcomes. Right there and then I knew I was in danger of going to prison for the first time but what followed will live with me forever for reasons I’m at a loss to describe at the moment but suffice to say I felt from that moment on I entered a different realm of society.

You see from that moment on the world seems to think you are to the manor born. What do I mean by that? Well, at the end of that brief hearing I was told to go to the social work office, within the court building, and arrange an appointment to meet with someone from the Criminal Justice Social Work Department (CJSW) for the purposes of getting background reports completed. I had no idea where the office was, there were no signposts and I went from door to door until I found myself in the right place. Authority’s assumption seems to be that if you are in court you know the system and it’s intricate maze intimately. Having never been in court before and never having had to go through the processes before why would I know the directions to offices? That may seem to be a small even insignificant thing but it’s the start of that spiral of confusion that leads to real disorientation, on my part, or worse for others.

That assumption is destructive in it’s simplicity and the same process of assumption follows you every step of the way from court to prison.

It’s true that assumption really is the mother of all mistakes (I chose to go with the polite version).

During the intervening period I did go to the local authority offices that housed the CJSW on two occasions and it was at those meetings that I met with the next step on the spiral of confusion because that’s when you really feel for the first time that you are a criminal. From being made to wait an inordinate length of time in reception for appointments, which were allocated a specific time, to being spoken to in a manner which leaves you in no uncertain terms aware that you are the inferior person in the room you start to get a sense that your world has already changed. There was, I recall, great emphasis placed on these appointments and the reports to be written by the Sheriff in court and the person I met with went to great lengths to explain that they could have a significant bearing on my sentencing outcome.

In my case I had to return for a second appointment because the time management skills of my interviewer were lacking and the first appointment didn’t start until half an hour after it should have. The second appointment was also approximately 40 minutes late starting. On reflection I genuinely don’t know if that was a tactic of sorts or I just found myself at the mercy of someone incapable of operating a diary or their time effectively. My point is not that delays were a pain in the neck or indeed that the person I saw was time incontinent but that there was an attitude that you just had to accept that this is the way things work and you, being a criminal in waiting, had no right to complain. You see it was made crystal clear that this report was important to the Sheriff and your input, including your own time keeping for appointments would you believe, would be reported to the court. In short you have become part of a system which already has you relegated in standing by virtue of pre-existing attitudes.

A month later I returned to court for sentencing and was sent to prison for the first and God willing the last time in life. What I encountered after sentencing from courtroom to prison only served to cement my belief that the same assumptions were in place throughout the process. It may be that the majority of those going through the process are repeat visitors to Her Majesty’s guest houses but when you are representing the minority the process is bewildering and disorientating but there appears to be (and I only speak of my experience and what I witnessed in others) a real lack of awareness within the system that this is the case.

My solicitor asked me if, when I arrived in prison or my cell, I was met with a welcome pack or any pack offering any instructions on the practicalities of prison life. Its hard not to find that amusing at the same time as hugely indicative of the lack of awareness within the system itself. In your cell you are welcomed with (in my case) pre-used cigarette burnt bedding to make your bed (yes let’s call them cigarette burns) and a set of plastic cutlery/crockery as well as some basic toiletries. No sign of a welcome pack or a set of instructions to get you through that early period of incarceration which is everything from confusing to terrifying.

In those moments First Time Inside took shape in my head. Perhaps sub-consciously at First but over time I realised that it was, in my opinion, utterly abhorrent that anyone entering prison for the first time is by and large effectively left to their own devices to develop a coping and survival strategy. For me coping and survival meant mental challenges more than physical but for others I witnessed other needs. As Mr Einstein said, ” the definition of insanity is doing the same thing over and over again and expecting different results”.

A Wing Afloat on a Wave of Scores

Strategic Philosophy of Surviving the Days

I remain unable to answer the question. Is the system just lazy or is it reluctant to change? What I would say is that if anyone within the system recognises the thread of my thought as being correct they are surely obliged to endeavour to make changes to it for the wellbeing of the human beings they are tasked with managing.

Had the Sheriff, my solicitor or even the appointed social worker directed me to someone like First Time Inside it would have helped me to function a little less hesitantly in my new surroundings and perhaps eased the trauma of being in prison in those first few days just a little. Why do we send people to prison without preparation of any kind? Are we lazy or do we think these inferior people do not deserve that seemingly simple logical courtesy?

Whatever the motivation of the system we need to accept that too many within it are working on assumptions and lazy practices. My challenge to them all is remember why you chose such a vocation and make a difference. Let First Time Inside contribute to your efforts to make a change by affording us the opportunity to impact peoples lives in a positive way. We aim to engage with kindness and realism.

I would argue that, a proper defence should not end in the courtroom That over time needs to be recognised as an abdication of the systems responsibility to ensure the on going wellbeing of a human being.

Thanks for taking the time to visit our site and read our ramblings we look forward to welcoming you back soon or meeting with you in the near future.

In the interim should you have any queries please do not hesitate to Contact Us at your convenience.